Skip to content
This site has limited support for your browser. We recommend switching to Edge, Chrome, Safari, or Firefox.

ELOREA is a portmanteau of ‘Elements’ and ‘Korea’. We are inspired by Korea's rich history of fragrance and lifestyle. Our mission is to capture, preserve, and share the stories of our heritage.

The Korean word for both perfume and the tender longing for home is Hyang Soo, 향수. It's incredibly poetic because out of all our senses, scent is the most powerful; it can evoke transportive memories and awaken deep emotions.

We all have Hyang Soo towards a special place in our hearts, and Korea is that place for us. This word inspired us to create a fragrance brand in order to be closer to our heritage. Our mission is to create wonderfully balanced, exceptional products that will create lasting impressions and experiences.

The first record of scent being used in Korea dates back to the 5th century on a mural of a woman carrying an incense burner on her head during a religious practice. It is believed that since then, the use of fragrance became more widely accepted as part of daily life.

Korean ancestors believed that great scent can cast away bad energy, protect the body and clear the mind. Scent became a form of personal expression, much like how it’s used today. There is historical evidence of Korean people using plants to make powder, paste and oil to create personal care items such as fragrance satchels, incense, fabric spray and bath oils. 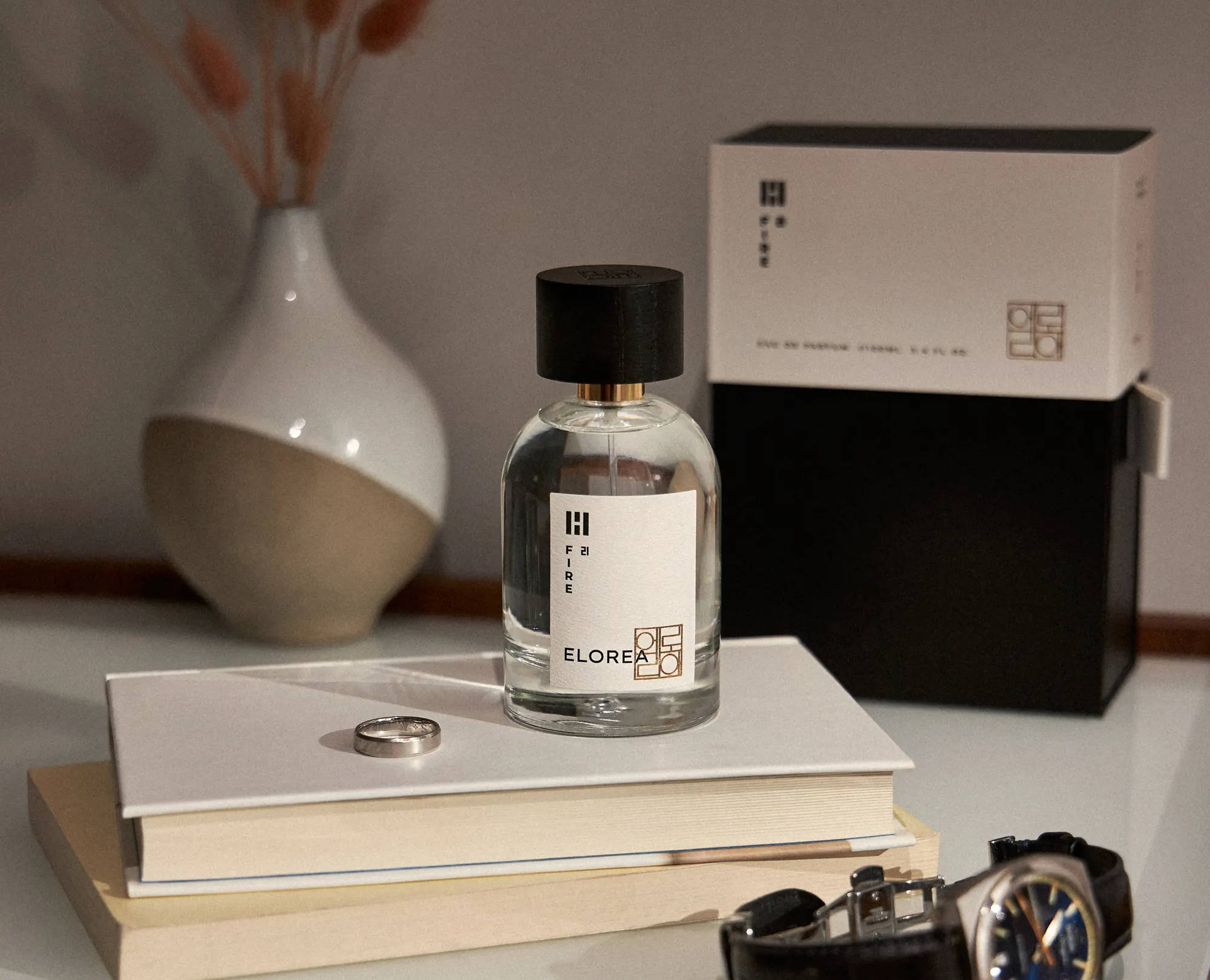 “A righteous one’s room is filled with beautiful scents, whereas a fool’s room is left with stale odor”

ELOREA is dedicated to the unique Korean concept of Jeong (정), the pursuit of collective social responsibility within all of us. Our team, culture, and communities are at the heart of everything we do.

The history of scent in Korea goes back thousands of years, yet it is underrepresented in the global market. We want to offer an alternative to the euro-centric idea of fragrance and present the deep and rich culture of our ancestors in modernized interpretations.

The core of our brand is all about balance. The balance of traditional and modern; classic and unconventional; sustainability and luxury. We believe in sourcing the highest quality materials and producing in small batches with exceptional care.

Subscribers receive early access to the latest launches and collaborations.

Congratulations! Your order qualifies for free shipping Complimentary shipping on all orders

No more products available for purchase

Your cart is currently empty.